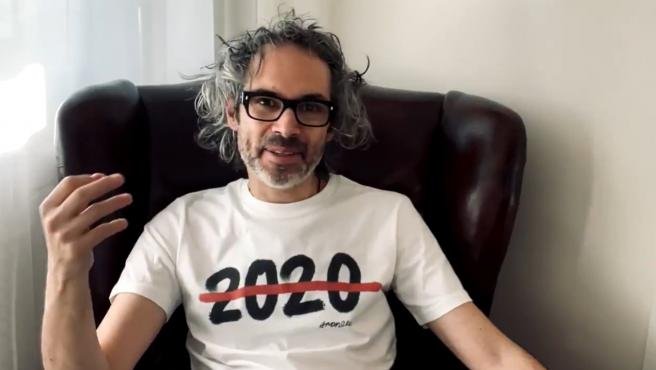 With the final draft completed, the release of James Rhodes’ (not the alter ego of WarMachine of the same name, but the English concert pianist and expat living in Spain) newest book is imminent.

It will come as no surprise to anyone that follows any of his social media accounts or has seen him in the news, that the subject is España. If you don’t know him, Rhodes is Spain’s wingman into whooing the world on their humble behalf.

One of the few things I think James and I share is our love of Spain and Spanish culture, although I think our experiences will have been as different as our bank accounts, which heavily influenced his Spanish experience; able to buy all the croquettes he so desires.

The completion of his book has come just after the Spanish government granted him citizenship, normally a difficult task that would have made even Kafka nauseous. While gaining Spanish citizenship is a bureaucratic nightmare that has been described as ‘toiling in the salt mines’, Rhodes avoided his national service down these mines.

Rhodes rubbed this freshly mined salt into the wound of those fighting the sadistic citizenship system, commenting that ‘I want the passport, it would be wonderful, although my lawyer has told me that I am safe here even if there is a hard Brexit’.

So while others figuratively slave away down the salt mines of bureaucracy or literally risk their lives crossing the Mediterranean sea to Spain, those that don’t even need citizenship, like Rhodes, are awarded them for newspaper headlines and social media gimmicks.

Sadder even is that those that have worked during Covid-19, peddling chicken around at 3 am like a 90s drug peddler dropping off a 20 bag, have yet to be granted citizenship. PSOE (Socialist Party of the Workers of Spain), awarded this to Rhodes rather than to workers, somewhat contradictory to their name.

After congratulating Rhodes, Pablo Echenique, the spokesperson in Congress for the PSOE’s coalition partner Unidas Podemos (a slightly further left-leaning party than PSOE) ‘I hope that the PSOE will accept our proposal to also grant [nationality] to the heroes of Covid-19 and to regularize those people who have lived through the epidemic with us’. Sadly we are still waiting for these people to be recognised; maybe the UK could offer them aid in the form of a futile clap one night.

At least a  promise has been made by Rhodes ‘that [he] will try to do everything [he] can to thank every single one of you’. Hopefully, that will include aiding others that are seeking citizenship but don’t have the privilege, lawyers, or jazzy piano fingers to have it granted so easily.

It almost seems in perfect tandem that Rhodes’ free nationality has been followed by his book about his Spanish life. Rhodes has often used his platform to sing about Spain; concert pianist by day and Spanish propagandist by night. The superhero Don Guiri fights anti-Spanish ideologies in the Metropolis of Madrid. (To be fair, Rhodes also led the Rhodes Act that helped ‘reform Spain’s paedophilia laws and to abolish a statute of limitations on such crimes’, a crime organisation that many superheroes don’t bother with).

Looking at Rhodes’ previous comments on Spain as well as his other publications, I don’t hold much optimism for the book being anything grander than a rich man’s brags about how lavish life is in Spain.

In his book Instrumental, Rhodes offers the advice that people should only sleep for 6 hours a night, and dedicate at least 4 hours each day to whatever passion they want to pursue in life, whether that be playing the piano, painting, or writing bitter articles.

These thin slices of life advice, that mirror bullshit that social media influencers spout, could only come from the mouth of the wealthy. Telling someone that works a minimum wage job, that spends all day on their feet, that they don’t need that much rest, in fact, after a tiresome day, they need to work a further 4 hours, has some real Scrooge McDuck/Elon Musk vibes. The duality of his passion and profession, combined with his lack of experience in demoralising labour, gives him no platform to be throwing out such proactive life advice.

At times, Rhodes glances towards his privilege, but quickly shys away from any real dissection. But if we take a peek at his rich history, we will find his £30,000 private school, accompanied by Benedict Timothy Carlton Cumberbatch and other children, whose parents could afford more than two names and a private school that wouldn’t bully them for such ridiculous names. Then more recently,  joked on Instagram whether he should sell his piano in order to purchase Mozart’s signature for $200,000, a situation we can all relate with. (For more rich people giving insane names to their children, research Jamie ‘Poor People Shouldn’t Be Allowed Sugar’ Oliver’s children’s names).

His blind love for Spain is so intense that he arrogantly stated that ‘everything is better’ in Spain in comparison to the UK. But, like most Londoners, Rhodes seems to forget that the UK is slightly more than just where the Underground reaches. Similar to how artists view their ‘European tour’ as 4 shows in London, one in Paris and one in Berlin.

Following suit with the millions of tourists to Spain, flying over to use the country as a holiday home, Rhodes believes that ‘Spain is Disneyland compared to London’. Which is a suitable metaphor, as many people visit Disneyland to become immersed with characters, forget about real life, and to get lost in hedonism. While behind the costumes and masks are the workers, those operating the fairytale, those that give their lives to fulfil the dreams of others. A magical place for some, a nightmare for others.

Spanish workers endure long hours for very little pay generally in Spain, a point that Rhodes attempts to spin as a true propagandist. ‘You invented siestas and still you work longer hours than practically any other country in Europe.’ The fact that Spanish workers are forced to work the longest hours in Europe to keep these rides spinning while remaining dangerously close to the bread line, should not be a laughing point for some rich expat to romanticize the country.

The opposite side of the coin, from overwork to no work, reveals that Spain has one of the highest youth unemployment of the EU in contrast to the longest hours. Due to this, the UK has an ever-growing community of Spaniards that have been forced to leave their home in search of work. Thankfully Brexit will get rid of this necessary workforce that we need.

Poor working conditions are not the only ugly side of Spain that Rhodes attempts to bring into more flattering light. Like a true hipster musician, smoking is cool and so are ‘the impressive number of dedicated smokers [that] proudly tell the medical community and self-righteous assholes of LA to go fuck themselves’. I’m sure the wee abuelos painfully dying in tiny Albacete villages, with no access to the private home doctor calls Rhodes has boasted about, smoked all their lives as a big fuck you to Hollywood.

First stop, Gran Via. Madrid’s central station, closed for over 900 days. The next stop, the unreliability of many buses, metros and trains, though only in the poorer neighbourhoods, which is why he may have missed this.

While you wait for your delayed metro, you won’t be able to use your phone as the poorer areas don’t have signal. For entertainment, however, you can look forward to racial profiling from the police, thieves trying to steal the phone you cant use, or maybe someone kicking you into the tracks for a near-death experience.

For travel in other areas of Spain, all roads still lead to Madrid. With a transport system that is as centred around Madrid as Rhodes is, as many trains have to pass through the Mecca of Madrid to get to anywhere else.

But as long as Rhodes is travelling around ‘Disneyland’ with his golden VIP ticket, ‘[meeting] strangers on the Metro with whom [he has] ended up playing Beethoven, grandmothers who have made [him] torrijas and talked about their previous life playing the piano’ in the central stations as a famous, rich, white dude, then there are no issues for him.

Predicting someone like me writing something like this, he said ‘perhaps some will say that is because I have had some degree of professional success, I sometimes stay in nice hotels and eat in nice restaurants, perhaps people treat me differently’. And the answer is yes. His views on Spain might be altered if he was living in Vallekas as an immigrant, working long hours for no money, experiencing the issues that his wealth has blinded him to.

I believe James was correct in stating ‘I have no reason to lie when I tell you that everything is better in Spain’ however he forgot to finish it off with ‘because I am a wealthy white man’, which I hope is the title of his upcoming book. 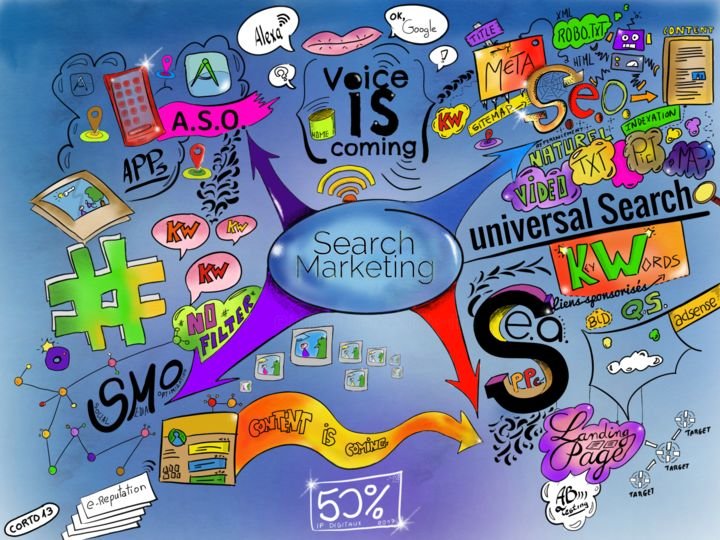 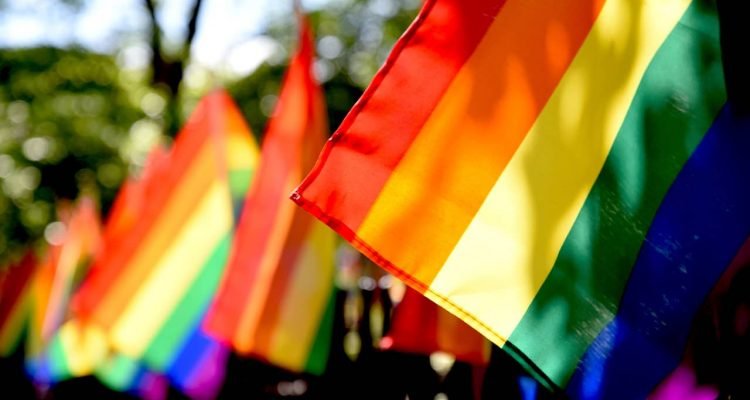